"The Way of Life Energy"

Kinomichi was introduced in Geneva by Pierre Willequet in 1984.
Our Association was born shortly after and its activity has never been interrupted since.
Pierre Willequet was appointed by Me Noro as responsible for teaching Kinomichi in Switzerland.
Other teachers have joined our Association and have enabled its current development.

Created by Me. Masamichi Noro, this method is the result of the encounter between an Eastern gestural tradition and contemporary Western approaches, which take into account the increasing importance of listening and reconciling with one’s own body, with the movement, the “right” gesture.
The easing of each of our joints, the opening and the general toning of the whole body as well as its discovery, through the different movements, with the partner, are the principal axes of work developed by this approach.
The regular and repeated practice of certain sequences of movements tends to the dynamism and optimal deployment of gestures in space. Kinomichi allows us to experience what it means to inhabit space, whether it is internal (the body itself) or external (the external world in which we live). 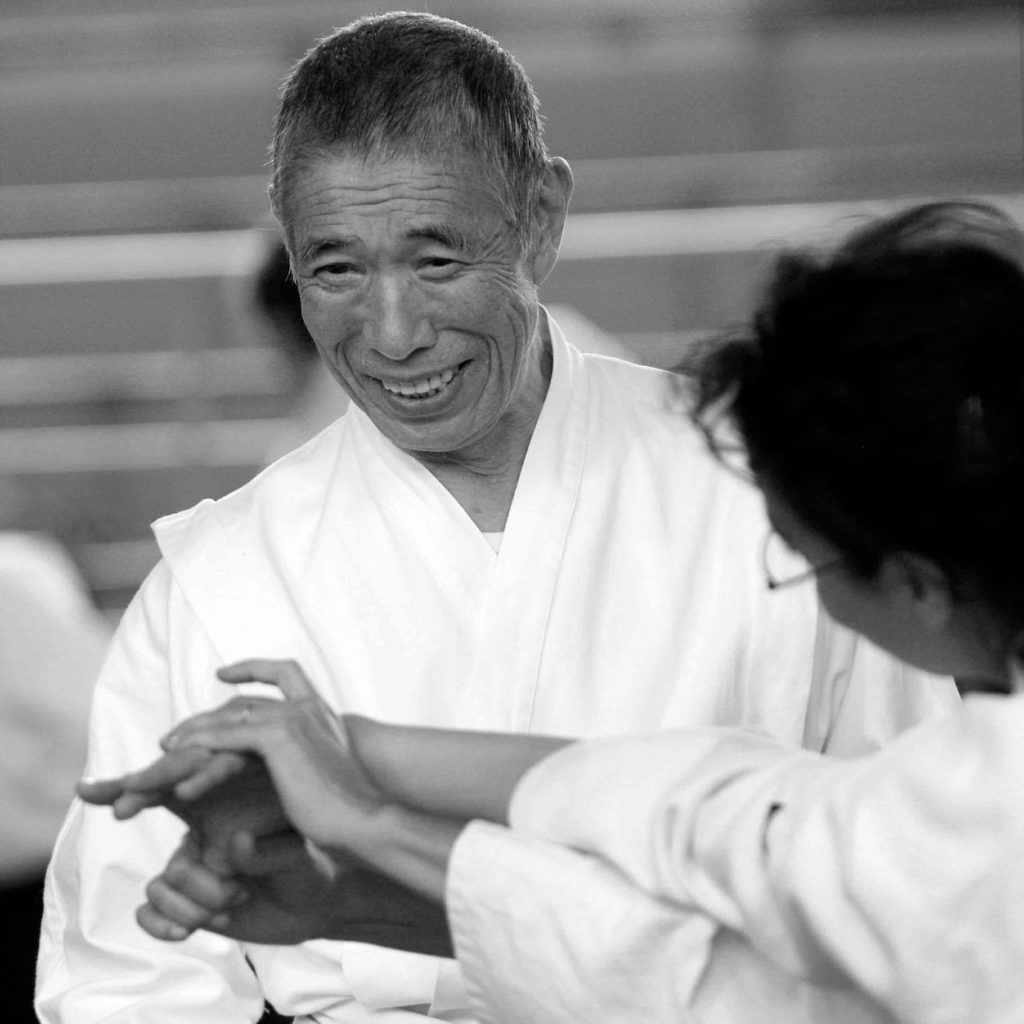 A practice adapted to all levels

If you are looking for a physical activity that respects the body and that can do you good, the Kinomichi is for you. It is a gentle, healthy and friendly approach, leading to a progressive setting, without aggression of the body or its limits. 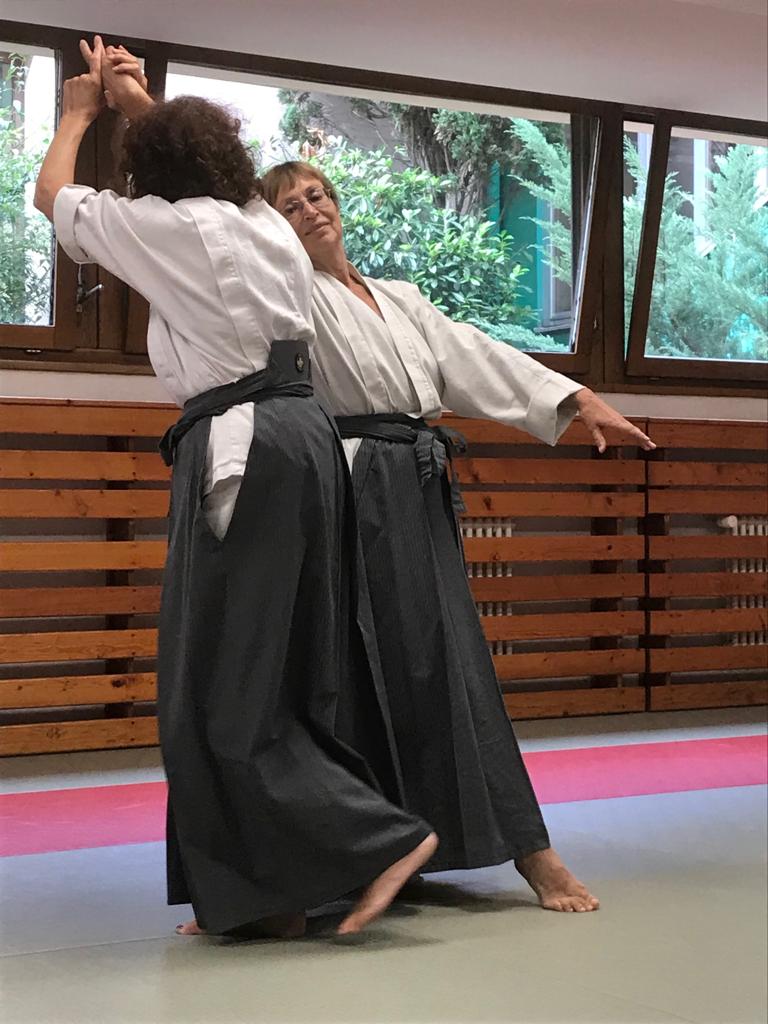 Suitable for everyone, regardless of age, the Kinomichi offers from the first moments a series of stretches, stretching beneficial as well as toning Most movements are done slowly at first, with a partner, and allow development, as well as an evolution of body sensations, but also the contact with space, whether internal or external. Gradually, dynamism takes place, develops, allowing gestures to unfold in an intense and liberating way.

This work also helps to strengthen his balance, his concentration, in order to find a better anchoring in everyday life.

Performing according to the pace of each, this practice leads to a personal progression, a peaceful mastery of different techniques, devoid of any spirit of competition or performance. It is indeed a work on oneself, a discovery of one’s motor skills and one’s own vitality, always in transformation.

Some practitioners start the practice for an hour a week, then take a liking to it and come to the dojo as often as possible, as the exercises are enjoyable and keep you in good shape.

When the practice becomes regular, the well-being which accompanies it can also be found in the daily life, because of a real energetic Greater confidence in oneself, in one’s body, a better management of stress, psychic and physical balance develop harmoniously with the increased control of different movements.

When the practice becomes regular, the well-being which accompanies it can also be found in the daily life, because of a real energetic and motor development. Greater confidence in oneself, in one’s body, a better management of stress, psychic and physical balance develop harmoniously with the increased control of different movements.

This practice is based on physiological bases that help to strengthen the presence of oneself and the environment. It opens perspectives of exploration of our different senses and provides a sense of unity and reunion with its deep, somatic nature, while remaining free to express itself differently and simply.

* From “The Practice of Kinomichi with Master Noro”, Daniel Roumanoff, Criterion, Paris, 1992. 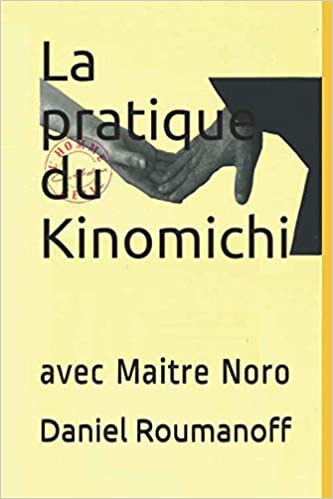 The Kinomichi was created in France in 1979 by Master Masamichi NORO, close disciple of the founder of Aikido, Mr. Ueshiba.
The main objective of Kinomichi is the development without damage of the full body and energy potential of the individual, regardless of age. Kinomichi’s movements respect the anatomical and physiological realities of the body. Its basic principles include stretching,openings and spirals, in relation to the flow of breathing.
Through a rigorous and regular practice, he proposes to find or find the pleasure of moving in contact with others. It allows a fine, non-traumatic search of the physical reality in its following aspects:

Relaxation and general toning
Integration of spiral dynamics
Globalization of movements understood as lines of forces earth-sky
Refinement of perception by the development of the right gesture,
that is to say non-violent but economical, precise and effective
Progressive development of individual dynamism
Meeting with the partner

Masamichi NORO was born on January 21, 1935 in Aomori, a city in northern Japan.
He met Master Morihei UESHIBA, founder of Aikido, from which he studied from 1955 to 1961 as a boarder (UCHI-DESHI), at the Iwama Dojo in Tokyo In 1961, at the request of Morihei UESHIBA, Masamichi NORO left Japan with the title of Official Delegate of Tokyo Aikikai for Europe and Africa. Succeeding Tadashi Abe, he arrived in France in Marseille on September 3, 1961.

n 1966, Mr. NORO was the victim of a very serious car accident. With no sequelae, trying to regain his physical condition, he will gradually develop a pedagogy and an approach to movement that will be the future bases of his method, KINOMICHI.

Masamichi NORO creates with his disciples the association Institut Me NORO, rue Constance (Paris 18th). At that time, he will have fruitful exchanges with Taïsen DESHIMARU, monk Soto-Zen.

In 1969, after the death of Morihei UESHIBA, Masamichi NORO met Karlfried Graf VON DÜRCKHEIM, who became his Western spiritual father. Mr. NORO meets Marie-Thérèse FOIX and Gisèle de NOIRET, physiotherapists, who participate indirectly in the emergence of the bases of KINOMICHI.
Maître Noro passed away on March 15, 2013.